The fore stock of the 12-gauge shotgun slid forward, the barrel having been sawed off. Ammunition was meticulously loaded into the tubular magazine before it was placed in the trunk, nestled beside a fully loaded 9-millimetre semi-automatic rifle amongst rounds of strewn ammunition. 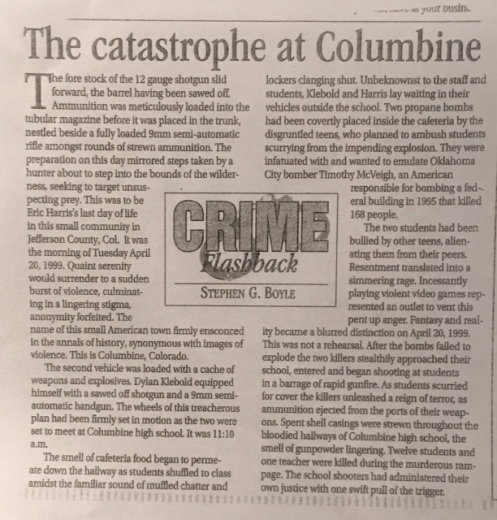 The preparation on this day mirrored steps taken by a hunter about to step into the bounds of the wilderness, seeking to target unsuspecting prey. This was to be Eric Harris’s last day of life in this small community in Jefferson County, in the state of Colorado. It was the morning of Tuesday April 20, 1999. Quaint serenity would surrender to a sudden burst of violence, culminating in a lingering stigma, anonymity forfeited. The name of this small American town firmly ensconced in the annals of history, synonymous with images of violence. This is Columbine, Colorado. 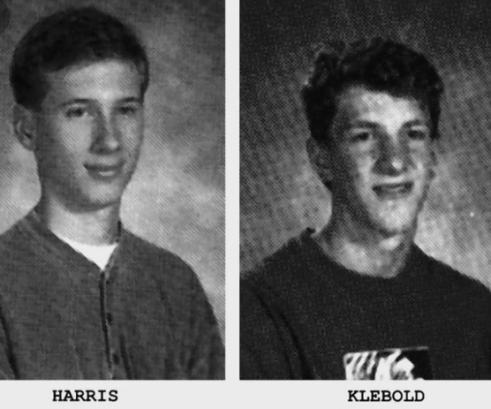 The second vehicle was loaded with a cache of weapons and explosives. Dylan Klebold equipped himself with a sawed-off shotgun and a 9-millimetre semi-automatic handgun. The wheels of this treacherous plan had been firmly set in motion as the two were set to meet at Columbine high school. It was 11:10am. Two desks sat empty this day, as the subtle eeriness of their absenteeism about to unfold. The smell of cafeteria food began to permeate down the hallway as students shuffled to class amidst the familiar sound of muffled chatter and lockers clanging shut. Unbeknownst to the staff and students, Klebold and Harris lay waiting in their vehicles outside the school. 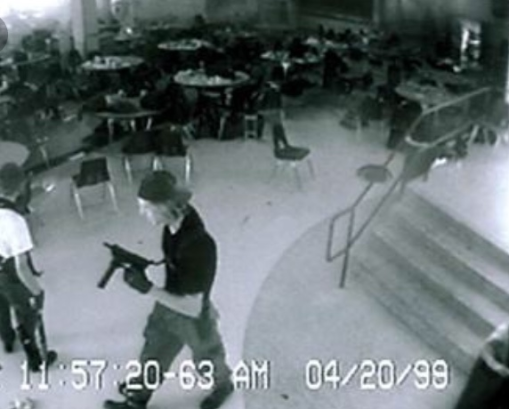 Two propane bombs had been covertly placed inside the cafeteria by the disgruntled teens. Reminiscent of a hunter stalking game, the killers planned to ambush students scurrying from the school after the bombs exploded. They were infatuated with and wanted to emulate Oklahoma City bomber Timothy McVeigh, an American responsible for bombing a federal building in 1995 that killed 168 people. 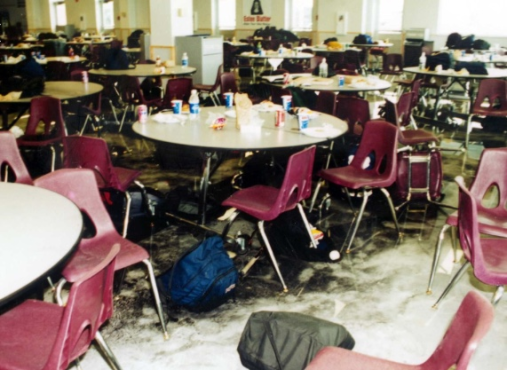 The two students had been bullied and subjected to verbal barrages from other teens, thus alienating them from their peers. Resentment translated into a simmering rage. Incessantly playing violent video games represented an outlet to vent this pent-up anger. The graphic games entailed the utilization of weaponry to methodically rehearse killing fictional characters in a simulated fantasy world. Fantasy and reality became a blurred distinction on April 20th, 1999. This was not a rehearsal. After bombs failed to explode the two killers stealthily approached their school, entered and began shooting at students in a barrage of rapid gunfire, the violent blasts reverberating down the corridors. As students scurried for cover the killers unleashed a reign of terror, as ammunition ejected from the ports of their weapons. Spent shell casings were strewn throughout the bloodied hallways of Columbine high school, the smell of gunpowder lingering in the air. 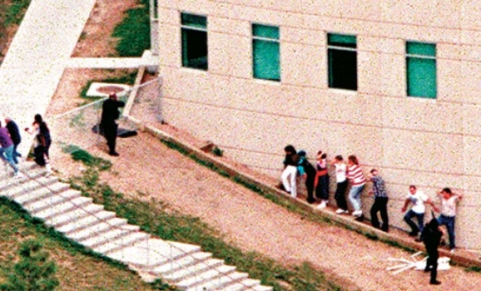 Twelve students and one teacher were killed during the murderous rampage. The school shooters administered their own justice with one swift pull of the trigger, forever engraining Columbine with the violent carnage that unraveled that fateful day.

Stephen Metelsky, M.A., is a criminal psychology professor at Mohawk College. He also lectures about organized crime at Queens University and teaches criminology and forensics at the University of Guelph-Humber and Seneca College.

Stephen was a sergeant for 21 years  before retiring in 2017. He specialized in  organized crime, informant development and undercover operations.

Stephen is currently a columnist with Inside Halton. He has also covered true and organized crime stories for various newspapers affiliated with Metroland Media Group & Postmedia Network Incorporated and with Blue Line magazine.

In 2021, Stephen authored his first non-fiction book in the true crime genre –  Undercover: Stories from the underworld of law enforcement.